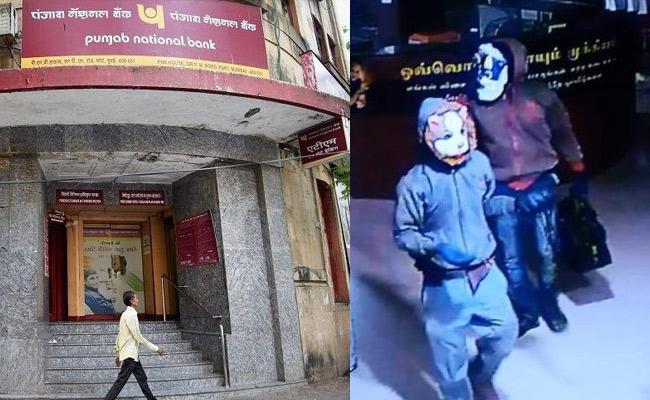 On October 2, much to the embarrassment of the Tamil Nadu police, Trichy district woke up to its second big burglary in just a year. Men in animal masks had broken into the Lalitha Jewellery showroom in Trichy city and made away with gold worth at least Rs 13 crore. As visuals of the crime surfaced, the brazen act came across as a mockery of the law and order system prevailing in the district.

Only nine months ago, in January, masked men had entered the Punjab National Bank (PNB) at Bikshandarkoil in Trichy and made away with Rs. 19 lakh and 450 sovereigns of gold.

But even as the city police hastened to unearth the Lalitha Jewellery plot, rural Superintendent of Police Zia ul Haq who was handling the PNB case rushed to the latest site of crime. To the police officer, the similarities in the two cases were stunning and he saw an opportunity to follow a fresh trail in the January case. A path, that on Monday, finally closed two cases at once.

“In January when the PNB incident happened, we had four teams working on it. But we were literally groping in the dark,” admits the SP. “We knew they were wearing monkey caps and had used gas cutters to get into the building but that was it,” he adds.

Initially, the police believed that it could be the work of a ‘North Indian’ gang.

“But I was not convinced,” says the SP. “A gang from outside wouldn’t have done such a bold experiment. In fact, the scale of the crime convinced me that it was people from Tamil Nadu. But the criminals had removed the hard disc which stored videos from the bank and whatever footage we could manage to get was too unclear to help us,” he adds.

The trail seemed to go cold then and there. But what the police did know, was that an experienced welder had been in-charge of creating a hole in the wall of the bank to allow for the entry of the criminals. What followed was an interrogation of 300 welders across the district.

“We traced the tools that were used to a shop in Madurai and tried to use the sketches we created to get an identification but it was not possible,” he says. “Meanwhile, based on our interrogation of welders, we had zeroed in on a 28-year-old man named Radhakrishnan. He was an expert welder and had moved from Trichy to Dindugal in January. Tracing him was difficult but we had managed to get a photo. When we then showed this to the shopkeeper in Madurai, he immediately recognised him,” he adds.

But this wasn’t enough to arrest Radhakrishnan. And this is what led the SP to closely follow the Lalitha Jewellery case. In both instances,  police had noted how holes were drilled to gain entry into the shop and the use of manual tools by the perpetrators.

“The similarities were evident,” says the SP. But it was on Sunday, that all their work paid off.

The Trichy city police which had already apprehended Suresh, the main accused, also detained a man named C Ganesan who was allegedly involved in the crime.

According to City Commissioner K Amalraj, Ganesan during his interrogation admitted to the heist at Lalitha Jewellery and also confessed that he was involved in the Punjab National Bank burglary.

“When one person admits it, we know how to question the others involved,” the Commissioner tells TNM.

For the rural police, this lead was enough to take their case further.

“Ganesan is actually Radhakrishnan’s brother-in-law. Once this connection was established, we picked him up from Kannapatti village at the foothills of Kodaikanal in Dindigul district, where he was hiding along with his wife,” he says.

Before PNB, the gang had also made unsuccessful attempts at robbing the Indian Overseas Bank branch at Uppiliapuram, a Kerala-based private finance company at Samayapuram, and a co-operative bank at Manachanallur. According to the SP, these were all in and around Trichy district.

“We found that Suresh, Murugan and Ganesan were involved in the PNB case too,” he says. “Radhakrishnan seems to have only helped in the bank crime as of now,” he adds.

While the city police tell TNM that they have 95% of the jewellery stolen from the showroom, the rural police have to now begin efforts to trace the valuables stolen from PNB.

“We are confident that we will recover it post interrogation,” says the SP. “As of now, we have finally got an answer to a crime that has given us sleepless nights.”